I walked into Peter and Amanda Clarke’s house last week on a sunny morning and as I entered their kitchen Amanda whispers, “Kat, come here…” I tiptoed over to the door she was standing in front of and looked out. There, sitting quietly, was a beautiful little fox. Red and slight and breathing lightly. We watched it for a few moments and then it darted off into the yard and disappeared. I knew I had entered a place of kindred spirits and it was a wonderful way to start off an interview with the two people who wrote a guide book for the Sheep’s Head Peninsula Loop Walk!

Amanda Clarke and her husband Peter moved to Ireland over 14 years ago. They used to vacation on the Sheep’s Head and, like me, fell in love with it and then decided to make it their home. They are both avid walkers and have spent their share of what I like to call “dirt time” on this peninsula. In 2014 Amanda’s book “Walking the Sheep’s Head Way” was published. Peter designed the layout and is responsible for many of the photographs. The book gives detailed walking descriptions for each section of the 125-mile hike as well as narrative regarding the highlights of the peninsula, from plants to a marriage stone to a stone circle. It’s a lovely mix of turn left here and look for a sign there with historical and natural history interwoven.

I asked to sit down with these two and hear a little bit more about what they’ve discovered on this finger of land… Here is some of what I learned….

One thing I was very curious about were what kind of plants and wildlife the two of them had discovered during their times wandering the fields and wild places out here. I was surprised to learn that there are a herd of wild goats! I’ve seen them before near Glengarriff a good distance away, but I didn’t know they were on the peninsula. Big and hairy and handsome Amanda called them!

While red squirrels haven’t been found here, there are muntjacs (small barking deer) that have been sighted in Durrus. The common lizard (and Ireland’s only lizard) can be found scurrying around the rocks on a sunny day, while Whooper Swans from Iceland come for the winter and make Farranamanagh Lake near Kilchroahne their home. Amanda and Peter have seen Kingfishers, Cormorants, Snipe, the rare Curlew, and the Great Northern Diver. Mink and otter, hare and rabbits, and plenty of foxes have been spotted on their hikes around the peninsula. 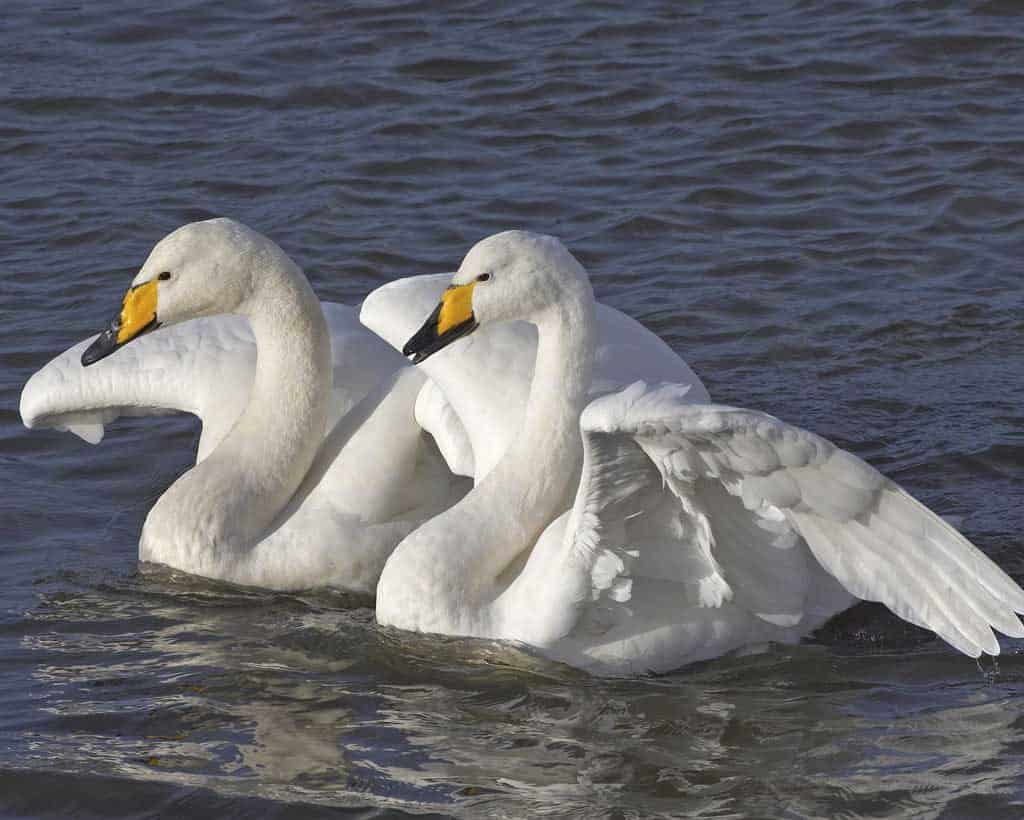 While both of them love plants, Amanda is the most enthusiastic, and was excited to share that not only does the Sheep’s Head have Common Butterwort growing, but also the Lesser Butterwort! Both of which are carnivorous plants that grow in and around the bogs out this way. We also have sundews!

Bog Cotton is another bog plant you’ll see wandering the hills around here. It’s little white tufts sitting atop a thin stem blow in the wind like a fluffy flag. And it is soft to the touch just like cotton. Amanda told me that she once saw bridal stockings made from bog cotton in a museum on the Orkney Islands…wow! 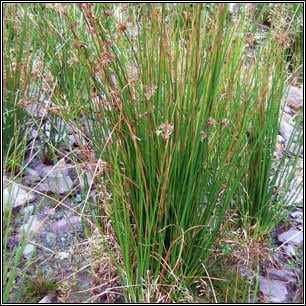 Rushes are a common plant found on the Sheep’s Head. Long ago people used to use them for bedding as well as roofing material. One of Amanda’s favorite hikes on the Sheep’s Head Trail is the section that starts near Tadhg’s Cottage, walks along the North side of the peninsula and passes an old copper mining settlement with housing ruins. It ends more or less at a little cove where author J.G. Farrell drowned in 1979.

Local people on the peninsula recently  rebuilt Tadhg’s Cottage in honor of a man that grew up here long ago. They roofed it in the old style of thatching, with rushes they hand harvested. Peter said it took the locals FOREVER to harvest enough to get a basic layer (there is plastic underneath). Imagine how long it would have taken the people living here long ago to harvest enough to make a waterproof roof?!

I could go on and on sharing the little stories and magic moments that Peter and Amanda recounted, but I want to end with another piece of information that came as a surprise. At the end of the Sheep’s Head, near the lighthouse, is an EIRE sign from WWII. They are sprinkled around Ireland’s coast and were used to help pilots navigate the landscape. I’ve also heard them called the GPS of the past! This particular sign was recently redone, is huge, and is only a scramble away from the helicopter landing circle near the lighthouse. I’m going to have to go down there and take a look!

Both Peter and Amanda have ongoing projects and websites that are really cool. I recommend taking a look. Amanda is currently hot on a new project; she is mapping and researching all the holy wells in County Cork and blogging about her adventures! You can check them out HERE.

Peter keeps track of all his hikes and adventures HERE. He does beautiful sketches and paintings and these can be found on his site as well. I particularly love this entry, which highlights the trail from Ahakista to Durrus on our peninsula.

And if you’re looking to get a head start on your adventures in Ireland I highly recommend picking up a copy of Amanda’s book. For those of you who’ve been to the Sheep’s Head it will be a great memento. And for those of you still to come, it will most certainly inspire you! Amazon.com has copies for sale. Click the image below.

Retreat to Ireland has 2 retreats running in 2018! Each retreat welcomes 8 people in total; we keep them small to facilitate a more intimate and fun experience. Our spots are beginning to fill up, so take a look at our website and let us know if you have any questions!